As a writer, words are everything. They are currency, they are blood…they are life. As an adoptee, words are also of great importance. In my next series of posts, I’ll be highlighting words that have had an impact on me as an adoptee.⁣⁣ It’s my hope that by shining a spotlight on these words, non-adoptees will rethink and reevaluate how they speak to adoptees about adoption, and recognize the impact of their words. After all, words are power and we should always strive to use our power to help, not harm.⁣⁣

Illustrations and photography for this project were made possible by the amazing Martha Wasser of Amour Artistique. ⁣⁣

I’ll be running another Words Have Power campaign this coming November in honor of National Adoption Awareness Month. 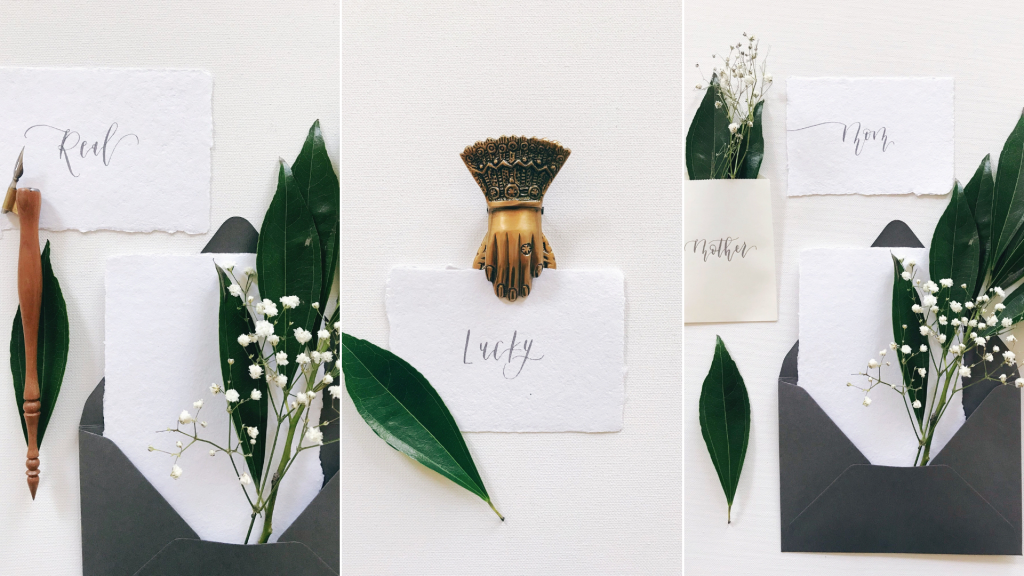 In the adoptee community, a lot of conversation has surrounded the vernacular. I have always referred to the woman who gave birth to me as my biological mother. In high school, I called her “BioMom” because I thought it would hurt less if she sounded like an evil robot some villain had created. Some adoptees call this woman first mother, birth mother, or other names. ⁣⁣⁣
⁣⁣⁣
But when it comes to the woman who raised me – the woman on whose shoulder I cried whenever something went wrong, the woman whose heart knows my heart – that woman is Mom. Some adoptees call this woman adoptive mother.⁣⁣⁣
⁣⁣⁣
As a community, I think we need to respect and accept the way other adoptees identify the people in their lives – whether it’s parents, partners, siblings, or otherwise. Would it be more convenient to have an “official” name designated for each person in our lives? Maybe. But the fact of the matter is all of us are different. All of us relate to these people differently, see them differently…love, hate, need them differently. ⁣⁣⁣
⁣⁣

One of the words I hear most often from nonadoptees is lucky. People tell me I am lucky to have parents like mine, lucky to have a wonderful life…lucky to be alive. But luck has nothing to do with it.⁣
⁣
The truth is I, and so many other adoptees, were separated from the women who brought us into the world – whether it was at infancy or not long after. The truth is the trauma of that separation is something I carry with me each and every day. The truth is because of that separation, I have never looked into my mother’s face and seen my own. I have never been able to physically reflect that I belong to the most important people in my life. I have never known my motherland, its history, its love.⁣
⁣
I have, however, spent the entirety of my life wondering who I am. I have laid awake at night wondering why I was relinquished, wondering if my biological mother has ever given her thoughts to me in the 32 years since we last saw each other, wondering if my biological father knows his blood runs through my veins – blood which I will pass down to any child I carry. I have been mistaken for a separate party when going to restaurants with my parents. ⁣
⁣
People tell me I am lucky – that I have been saved and given a better life. But I cannot recall what inferior life I was living before, or who had been responsible for it. They say this as if I had escaped some unspeakable fate which would have rendered me ill, wounded, or worse. ⁣
⁣
I’ll never know about if the life I did not live would have been better or worse than the one I am living now. All I know is that “lucky” isn’t a word I’d use to identify myself, my adoptee journey, my trauma.

As an adoptee, I’m always surprised by how strangers – and I mean STRANGERS, as in people I’ve just met, people standing behind me in line, people who over hear me talking to a friend – will ask me completely invasive and deeply personal questions about my adoption. These people approach adoption casually, as if they’re asking how my summer vacation was or what I’m going to order for dinner.⁣
⁣
The first question, nine times out of ten, is, “Have you ever looked for your real parents?”.The second question I usually get is if my brother is my “real” brother. Real as opposed to what? Real as opposed to counterfeit? Real as opposed to imaginary? Real as opposed to fake?⁣
⁣
What bothers me most about the word “real” is that it suggests the love, care, and existence is somehow insufficient or lacking. “Real” implies that the only family I have ever known is somehow invalid or fraudulent.⁣
⁣
Personally, I have only ever known, needed, and loved one mother and father in my life. I have only known, needed, and loved one brother. They are not figments of my imagination, hallucinations created by my mind…they are living, breathing, real people. ⁣
⁣
Additionally, the decision whether or not to search for one’s biological relations – whether it be parents, siblings, or otherwise – is for the adoptee to share with who they wish. It’s not a conversation piece. These are our lives – respect that.⁣

In conversation with Alyssa Waugh
The Adoptee’s Journey is Lifelong

This site uses Akismet to reduce spam. Learn how your comment data is processed.